Well all the planning and preparation finally came to a pinnacle.  Carter and 18 volunteers traveled to the Sojourner Center and read to the women and their children.  Using books, that we collected over the past two months, shared topics about kindness and appropriately handling emotions.  The messages were well received and the volunteers got to see a slice of society they probably don't get exposed to very often if at all.

When we were finished with the reading and the activities associated to them we had donuts.  At this point a large group of the youth and one leader left to head home.  The rest of the leaders and I stayed back with the scouts (Carter, Jackson, Ethan, and Evan) to string lights in the courtyard .  Julie Peterson one of the other directors there was moved to tears by the showing of kindness toward the residence.  She said, "In the eight years I've worked here I've never seen anything like this."

Some of the children on sight lit up as they say the pretty lights and I think it's great that his project coincided with the kick off of #LighttheWorld that the Church of Jesus Christ of Latter-day Saints has initiated this year.

On the way out of the shelter I noticed two young mean visiting with one of the residents.  I walked over to confirm and indeed these young men were Missionaries for the LDS church.  They were having a lesson under a street lamp on the cold sidewalk.  Elizabeth (as a director) quickly made known to them that they could meet inside a classroom that is inside the first gate but not inside the second.  For three weeks they had been having their lessons with this woman on on the curb.  When you think about it it was really just like the way the Savior would have conducted his ministry.  I'll be curious to see how things go with the discussions and her progression through them.  Definitely the meek of the earth.

On the way home Carter went on and on about how he felt the spirit while engaged in the reading.  How he felt impressed that what he was doing was making a difference in the lives of these children.  I of course agree that what he did for his project was a wonderful thing and how proud he and his mother are of him.

We have some paperwork to complete but for the most part Carter is done with all the requirements he needs to receive his Eagle Scout Award.  Our goal was to complete it prior to his 16th birthday next month so he would also qualify for the Denali Award, the highest award possible in Varsity Scouts.  He had most of the requirements for Denali completed but he had to have a rank advancement as one of the requirements while a Varsity and in connection with the other requirements.  Since he became life before he was 14, Eagle was the only rank advancement left to complete.  So it was great incentive to get going on his project since he already has all the merit badges completed and then some.

I AM proud of Carter and how hard he's worked to get to this point.  Nothing has ever come easy for Carter so this is a tremendous accomplishment.
Posted by Daryl No comments:

I remember participating in a partial solar eclipse on October 2, 1978.  It was my grandfather's birthday and I was a student at Chino Valley Elementary school in Chino Valley Arizona.  I would have been approaching my own 7th birthday and in Mrs Gertijensen's 2nd grade class.

I remember building something out of an Oatmeal Can to safely observe the eclipse.  I can still remember the experience in the playground very clearly.

On August 21, 2017 we will have a total Solar Eclipse and I look forward to sharing the experience with my wife and kids :)
Posted by Daryl No comments:

To New York & Back

What an Awesome trip we had.  Liz and I had a great retreat for just the two of us.  We flew into JFK and rented a car, which we drove to Maryland.  We stayed the first and second in Newark DE just across the border.  On our drive into Maryland, for the wedding the next morning, we got pulled over in a very predictable spot (same place Liz got a ticket when we lived there).  The officer was very nice, and once he saw my Arizona license he told us he wouldn't give us a ticket.  He did run it just as a precaution because apparently Arizona is the most commonly faked ID.  Ironically we saw one the night before when a college girl, trying to get into the same Pub we were eating at, got busted with a fake Arizona ID.

The wedding for Kayla was very nice.  Kayla is a young lady that I home taught and saw baptized as part of a part member family.  I ordained her younger brother to the Aaronic and Melchizedek Priesthoods in the time we lived there.  We have stayed in touch with this great family and we are hopeful they will all return to full activity in church and for Kayla to make it to the temple to be sealed to Will and her boys.

We got to visit Kilby Cream for some delicious ice cream that we loved while we lived there. 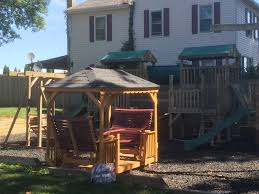 We got some delicious crab cakes and salmon at the hotel restaurant after that.  Desert first became a theme on the trip.

Sunday morning we went to church and got to reconnect with a lot of members that were part of our lives for the 8 years we lived in Maryland.

The drive back to JFK, to return the car, took us twice as long as the drive to Maryland (about 5 hours) because of the traffic in the city and accidents didn't help.

We got the car returned and caught the metro into the city for our first show.  Beautiful was very good even though we were late getting there because I had the time wrong by an hour.  We missed the first 40 minutes but we made the most of it.  For dinner we at at the Bar & Grill in Bryant Park, not far from our Hotel.

On the morning of the 18th we got an early start and went to China Town, Little Italy, and SoHo where we got a Chinese reflexology on our feet and a short shoulder and back rub.  We had a delectable lunch in Little Italy which was very romantic (I had gellato before we had lunch, theme) 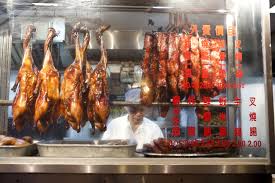 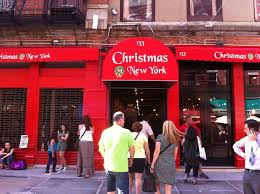 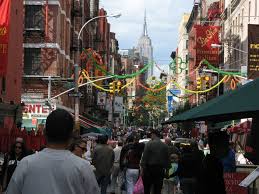 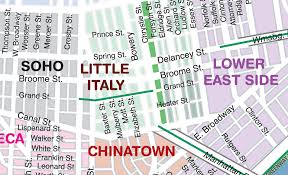 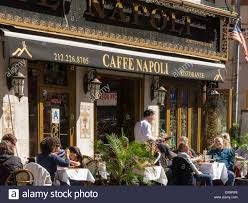 After the Fashion District in SoHo we made our way to Chelsea's Market to check it out.  It was cool but not spectacular.

Posted by Daryl No comments:

Promote Your Page Too